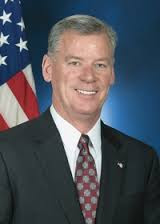 Tommy “The Turncoat” McGarrigle was elected to the Pennsylvania Senate in 2014. He ran his campaign on the promise of supporting school property tax elimination and HB/SB 76 the Property Tax Independence Act. Upon his arrival in the Senate McGarrigle signed on as a cosponsor of 76. Below is a letter from the Senator in April of 2015 reinforcing his support.

A week before the Senate vote on 76 in November of 2015, Senator “Turncoat” McGarrigle withdrew his sponsorship of the bill. He was quoted in the Delco Times “When I was running for the Senate, I was a supporter of the bill. Since then I have taken my name off that bill.” McGarrigle went on further to say “that since the proposal would just shift the tax burden to other forms without creating any new revenue, he would no longer support it.” The absence of a natural gas extraction tax to fund education in the bill was another excuse Tommy “The Turncoat” used as an excuse for his nonsupport.

So we are to believe this after Senator McGarrigle ran his campaign on supporting school property tax elimination and the passage of 76? He knew the bill was a revenue neutral bill providing a dollar for dollar replacement of the school property tax. He knew the bill used funding sources whose collection was not subject to the budget process. Since he withdrew sponsorship has he proposed any solution to solve the property tax issue in Pennsylvania? Has he proposed a gas extraction tax? The answer to these questions leads one to believe that Senator Tom McGarrigle lied and he is beholden to the special interests with no regard for the Pennsylvania homeowner. McGarrigle’s treachery has earned him inaugural membership into the Pennsylvania Liberty Alliance Hall Of Shame.